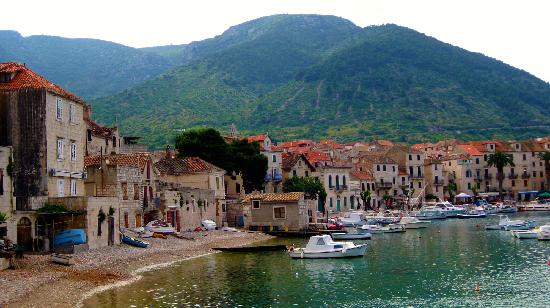 The town of Komiža is located on the far west side of the island of Vis, at the end of the World. And if searching for the best fishermen in the World, well, come over here and you will find them. People living over here have their own language, a strong dialect that I do not understand a word, but my husband, who is from the Northern Italy does. How come? Well, this goes all the way back to the history where all the trade was mostly done with Venetians and everybody around spoke some sort of their language. The town of Komiža was then self-sufficient and so the language stayed until today.  Luckily, trade also brought other languages around, so no worries, you will be understood.

Coming from the town of Vis (which I should not mention over here as there is a big rivalry going on forever between the towns of Vis and Komiža), you should stop at the viewing point next to the main road and look down. You will see the long pier in between the village and the big church on one side and small houses on the other. The town of about 300 inhabitants during the winter is pretty empty, but they do have all the infrastructure as the real town: the doctors, the kindergarten, the stores, lots of bars where the locals hang out, the municipality, the cinema, the theatre and more.

You could easily spend a day or two just wondering around and doing like the locals do: sit and enjoy the spirit of Komiža. And no no no, locals not only sit, they work hard and apart from tourism fishing is still the number one income maker in this town.

What to go and see in Komiža while you are here?

The St. Nicholas church is on the high hill above Komiža town and is built around the 13th This is today the biggest landmark of the town. St. Nicolas is the patron saint of the city of Komiža and its children and the church has a special name: Muster, which in a local dialect language means monastery. As this was one of the main churches in the town, it was then re-built many times in between 13th and 18th C. when the tower was added. The church was not only the church but also served as a fortress as can still be seen today.

Komune of Komiža (Komiška komuna, Kaštel Grimaldi) is just another fortress built during the Venetian republic in between 15th and 18th against the devil Turks and the pirates at that times. In some smaller communities on the Croatian islands the cost of the fortresses was divided among Venice and the local residents but the projects were mostly sent from Venice, which was also the case in Komiža. Komuna was built in the years between 1585 until 1592. The funny part was that at the time of the construction there was a house of the judge on the same spot and he was promised an apartment in the new fortress when it was built. The water well was built inside in the 17th C. and then later in the 19th C. the tower was added and Komuna was served as the public building. In the old times Komuna used to be right at the water lever and it was to the walls that the boats were tight (there are still holes for the ropes to tie the boats).

Promenade – If you have not walked at least three times up and down the promenade you have not been to Komiža. You will meet everyone here as it is a gathering place – a living room of the town. The ladies who own the apartments on the first and second floor overlooking the Promenade are the best alarm systems in the World and if you are going to be hanging around for longer, you will start to act just as everyone else. Walk up and down, sit a bit, chat about the daily happenings and then walk up and down a bit more until you meet everyone. You can also sit down for a coffee at some of the popular hangout places, some more for locals and some more for tourists.

4. Walk among the houses to the hotel

The promenade street in between the port and the hotel is another one of those must things to do in Komiža. Stop in some of the local stores and men, you need to go and have an appointment at our famous barber Zoky. A photo with him is a MUST as he just made his child’s wish come true: he always wanted to be a hairdresser for men. You will be sited on the same chair as the famous John Malkovich or Abromovič or Ecclestone. Unfortunately, no place for women there. Phone: +385 98 784 615 for reserving your spot.

5. Beach at Lady the Pirate Church

The beach next to the church of Lady the Pirate is all the way at the end of the Komiža and there is no way out but to turn and go back the way you came. But you can jump into the sea and enjoy the crystal clear waters and a good bar at the old hotel. This is how you can enjoy just another day in the town of Komiža.

The water well in the beach of Kamenice is all the way under the St. Nicolas church and behind the old Factory. You will find the fresh water coming out of the volcanic rocks and a very nice bar opened during the summer months.

A taste of home-made delicious is in the centre of Komiža, just next to “everything”, is the Slasticarnica Cukar. This is a fantastic peace to sweet up your life while on the island of Vis and to taste all those domestic sweets with a personal note. Rosemary chocolate mousse cake or something even more local, like “cviti”, trying this is going to make your day.

Well, come my friends! Let us make memories! Rukavac is waiting for you. Let me tell you more about this beautiful place on the other side of the World. Call me on +385919058410 or send me and email on viktorija@victoriusviscover.com 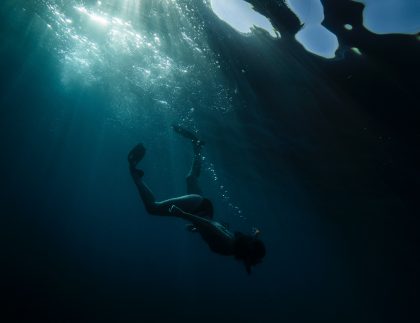 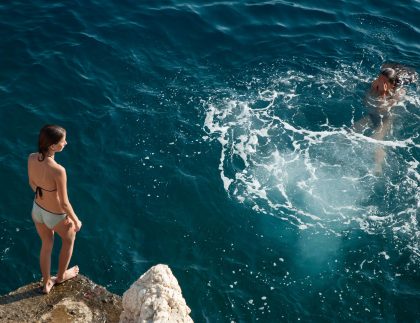 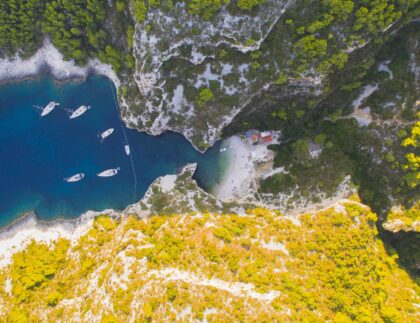 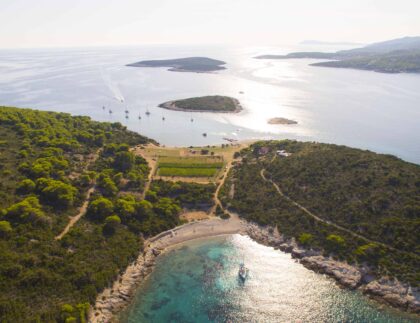 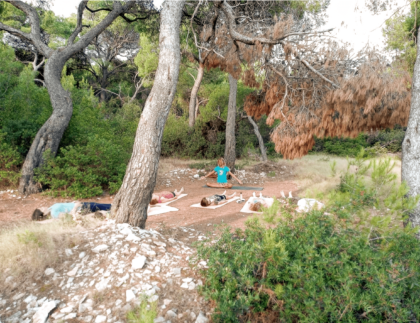